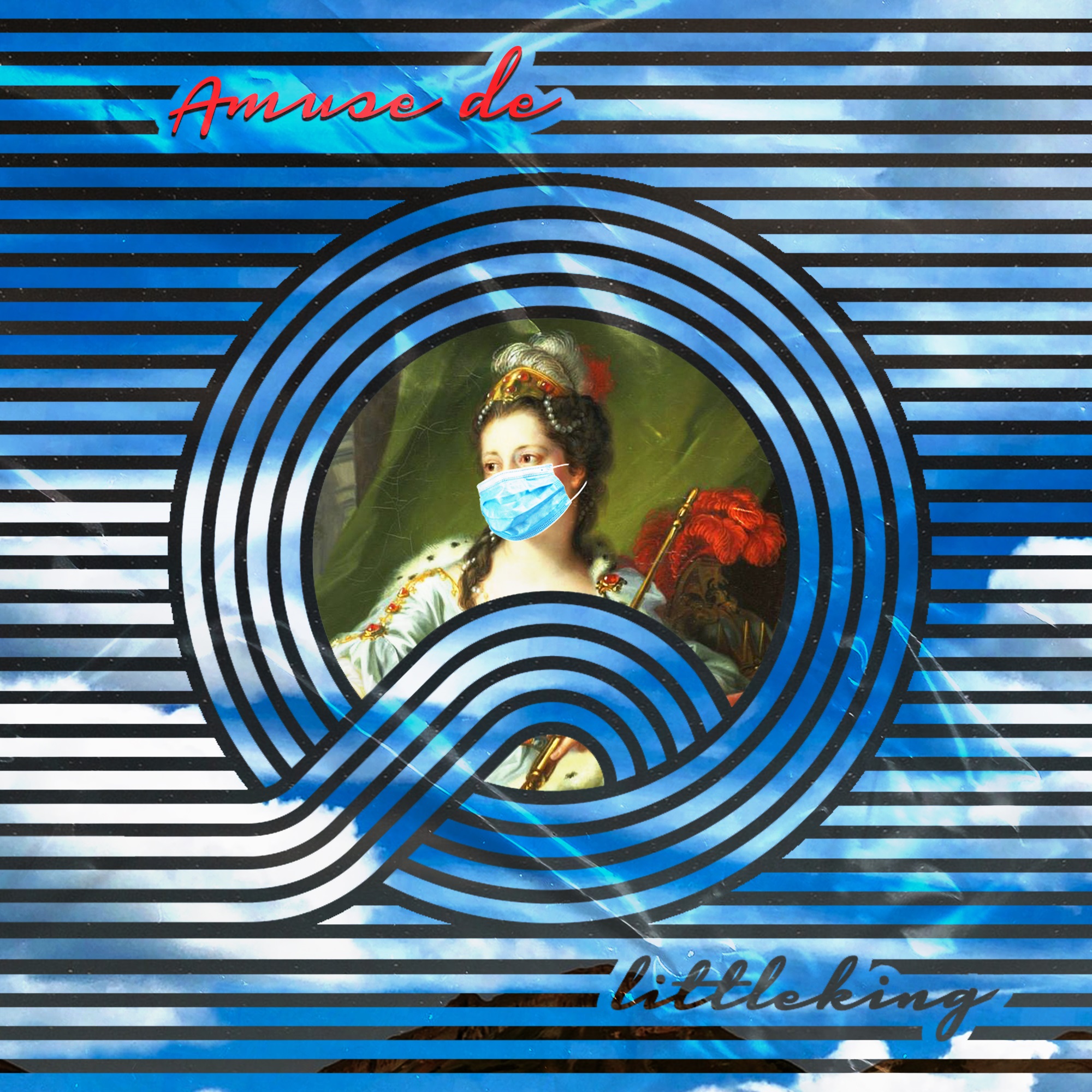 We are all very proud of the hard work that went into creating these 7 songs, and we hope that the final result speaks for itself!

The Little King lineup for Amuse De Q is Ryan Rosoff (guitar and vox), Manny Tejeda (bass and vox), and Eddy Garcia (drums). We were also joined by David Hamilton (cello on 3 songs) & Christina Hernandez (violin on 2 tracks) who played on our last release (Occam’s Foil, 2019) as well. Very happy and gratified to reunite with them, and David wrote some killer arrangements for the new album.

Additionally, we welcome Jessica Flores, a multi-talented musician from El Paso. Jessica takes the lead vocals on a tune called “How Could You?” Asher Syrinx (Ryan’s kiddo) joins the group on keyboard for a track called “Set It Down” that also features Becca Gonzales on backing vocals and Bryan Bowles adding hand drums.

Eddy Garcia also engineered the record in August of 2020 and again in February of 2021 at our “old new” home, the relocated Krank Studios in El Paso, TX. We then collaborated with Mixing Engineer Daniel Salcido at Command Space Audio who made a huge impression with his creativity and skill. Finally, the great Maor Appelbaum (who has worked on a ton of records you like) handled mastering duties. In addition, the cover art for Amuse De Q comes from the brilliant mind of artist Maximo Del Castillo, Manny’s cousin.

Here is an explanation of what you’re about to hear (from Teen Music Insider):

“The title is Amuse De Q and is based on all of the things I have witnessed and been inspired by during the Q…Quarantine, Questions, Quality, etc. All The Q!

The themes of these new songs are inspired by the Muse Melpomene, who is the muse of tragedy and chorus. She is a fickle Muse! She makes a couple appearances on this album both as a song title and as part of the album cover. Get it? A Muse de Q? I crack myself up!

Lyrical topics include the isolation of the quarantine and the sadness and mood swings associated with it, sobriety, the BLM movement, domestic violence, physical and mental health and how relationships have frayed during the last 6 months, and more. Heady stuff, and I think all of these topics will be easily relatable. I have said many times that if an artist cannot find inspiration from the craziness of the last year, then they need to dig deeper or find something else to do…”

As always, we hope you dig it 🙂